Growing up, John Crestani was always a voracious learner and had a penchant for travel. While in college he became frustrated at the lack of real-world applications for the knowledge he was learning, and felt anxiety about becoming successful. He worked in corporate America for just two years, until he realized that he would never reach my financial or life goals working for someone else.

In 2012 he started his own business, with the goal of being able to live a low-stress life, make millions per year, and travel the world. He has consistently earned 7-figures per year since 2014, and has done it all without employees. He lives in Malibu with my wife and daughter, and enjoy flying helicopters, kite-surfing, and reading science-fiction books.

During our interview we discuss:

– How and why John became an entrepreneur.

– He shares what he wishes he knew before he got started as an entrepreneur.

– John shares what business super power he wished he had.

– We talk about how to generated his first million and then how he subsequently lost it.

– John shares his 1 hour per day strategy that allowed him to more than double his sales from $3 million to $7 million in just 1 year.

– Why he decided to start reaching out to potential affiliates.

– How his 1 hour per day strategy has allowed him to build an affiliate network where he pays out over $100,000+ per month to over 100 affiliates.

– He shares his outreach strategy, including the best channels and even basic scripts on how to do it.

– The importance of creating a compelling JV offer page.

– John shares what he would do differently to get further faster, if he could do it all over again.

– We talk about the biggest mistake he made in running his online business.

– He shares his favorite growth tool/software.

– We close it out with John recommending one of his favorite books.

Learn How to Make 6 or Even 7 Figures Online

If you enjoyed this episode, please RATE / REVIEW and SUBSCRIBE to ensure you never miss an episode. 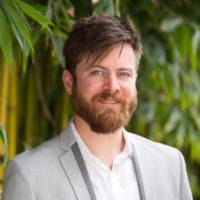